In the last episode, I wrote to you about the spiritual battle that has been raging on the Pine Ridge Indian reservation. I explained how, in recent months, the community has been rocked by a torrent of youth suicides.

Many of these have been the result of group pacts, with methods ranging from slit wrists to gunshots to hanging. Close to three hundred precious young lives have been taken prematurely.

The sadness across the reservation is palpable. I spoke to one traditional youth who said the memorial day was too much for him to bear, and he left before it ended. Parents and young friends were holding pictures of those lost and wailing in pain. Many cars and trucks have been turned into rolling memorials with painted messages like: “RIP Kylie,” or “We miss you Albert,” or “We love you Pat.”

Tribal leaders, shaken to the core, launched a study to better understand what was behind this catastrophe. This took place in early March and involved interviews with a large group of mainly middle and high school youth. 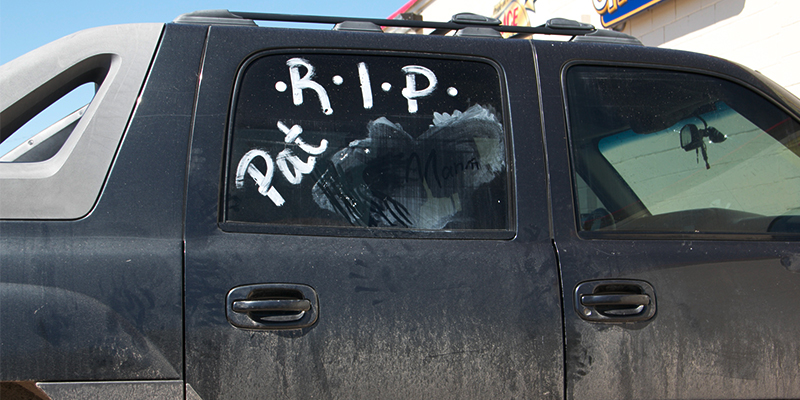 As the young people poured out their hearts, the paramount desires were:

The children were then asked to write their prayers/desires on a strip of paper (some were traditional, others Christian). Put together, they formed a chain long enough to surround the high school football field. They are now hanging inside the Tribal Chambers. 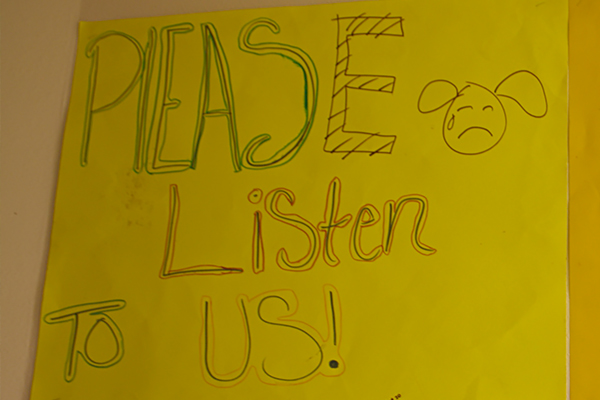 The good news, as I indicated in my last report just prior to leaving the reservation, is that God’s people are praying. And it is not the casual, disconnected prayer that so many Christians engage in when they think time is on their side. This has been consistent, heartfelt prayer flowing out of desperation. And our Heavenly Father has been responding in mighty ways!

My friend Norma Blacksmith, the daughter of a former medicine man, but now a fearless, on-fire intercessor, took me to various locations where God had answered prayer in dramatic fashion.

One of them was a former wrecking yard that served as a front for a notorious drug dealer. (Drugs and alcohol are huge problems on the reservation, claiming many lives.) Tiring of the pain caused by this man, Norma and her prayer partner stormed heaven with petitions for God to intervene. God stormed back – literally! A tornado touched down just long enough to obliterate this man’s property, but touched no other surrounding structures.

But Norma wasn’t finished. In all, she targeted 15 drug dealers in prayer. ALL were arrested in the weeks that followed! Bear that in mind the next time someone asks you if prayer really works.

The Role of Witchcraft

It is abundantly clear that the primary problems on the reservation are linked to sexual abuse and witchcraft. Despite protests from many traditionalists and their Anglo apologists, a lot of the Native “medicine” is no longer merely herbal and ceremonial. It is dark ritual called Yuwipi.

While time does not permit me to go into detail, it is apparent that the recent spirit of suicide was launched on the reservation through one of these rituals. Indeed, the medicine man’s own daughter was the first victim (she hung herself). Most concerning is the fact that young people are being recruited into these rituals (which include self mutilation and other perverse activities) in large numbers. Many come because they crave attention they have not received from their parents.

“Witchcraft provides a dark love” as one Native girl put it. “There is no drug like it.”

We have excellent and reliable information about what has been going on in many of these rituals – and it is not good. There are about 300 Sun Dances annually on the reservation, some lasting several days, and followed up by the Ghost Dance (more on this in a subsequent post).

So what comes next? In the coming weeks, Norma and the team will be taking the following steps:

If you want to be part of this unfolding story and see the transforming power of God ricochet out of Pine Ridge to other reservations across the nation, please pray for the team as they take the steps outlined above. This is a prayer God WANTS to answer! 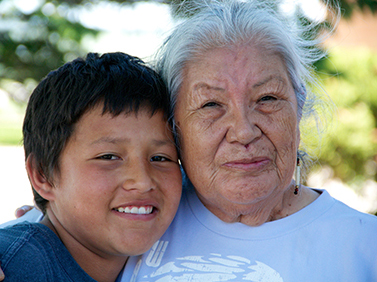 We have also been invited to return shortly to Pine Ridge and continue the Journey to Transformation teaching. When we go, we want to bring an experienced transformational catalyst like Walo Ani from Papua New Guinea. We believe this will have an enormous impact.

We believe we are seeing some powerful breakthroughs. After jail ministry today I stopped by to see Ricky. Ricky is the ex gang leader and starter of the Juggalos who made a decision 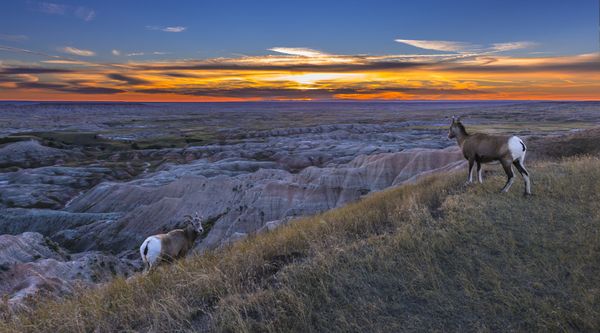 As my week on the Pine Ridge Reservation draws to a close I wanted to give you a quick report on some of the things that have happened here. In short, it has