It began as a small prayer meeting for businessmen in lower Manhattan. Within six months, 10,000 people gathered every day over the noon hour for prayer.

And that was only the beginning. It spread throughout the US and then jumped the pond to Ireland and spread though Europe and Africa.

Below is a description that reveals the glory of God that hovered over New York City during this season. Read this story complied from various sources by David Smithers.

"Nor was the blessing confined to the land. The Spirit of God moved upon the face of the water, and a multitude of seamen saw a great light. It was as if a vast cloud of blessing hovered over the land and sea. And ships, as they drew near the American ports, came within the zone of heavenly influence. Ship after ship arrived with the same tale of sudden conviction and conversion. It was wonderful beyond words! In one ship a captain and the entire crew of thirty men found Christ out at sea and entered the harbor rejoicing.

"The North Carolina - a battleship of the United States Navy - lay in the harbor of New York. Her complement was about a thousand men. Amongst these were four Christians who discovered their spiritual kinship and agreed to meet for prayer.

"They were permitted to use a very retired part of the ship, on a deck far below the water line. Here, then, they gathered one evening. They were only four men, but they were a united band. They represented three denominations, one being an Episcopalian, another a Presbyterian, while two were Baptists.

As they knelt in the dim light of a tiny lamp, the Spirit of God suddenly filled their hearts with such joy of salvation that they burst into song. The strange sweet strain rose to the decks above, and there created great astonishment.

"Their ungodly shipmates came running down. They came to mock, but the mighty power of God had been liberated by rejoicing faith. It gripped them, and in one moment their derisive laugh was changed into the cry of penitent sinners! Great fellows, giants in stature, and many of them giants in sin, were literally smitten down, and knelt humbly beside the four, like little children.

“A most gracious work straightway began in the depths of the great ship. Night after night the prayer meeting was held, and conversions took place daily. Soon they had to send ashore for help, and ministers joyfully came out to assist. A large number were added to the various churches, and the battleship became a veritable House of God!

"The North Carolina was a receiving ship, from which men were constantly drafted to other ships. The converts of the revival were scattered throughout the navy. A revival convert is a burning brand. The holy fire spread rapidly from ship to ship. Wherever the converts went they started a prayer meeting and became a soul-winning band.

"Thus ship after ship left the harbor of New York for foreign seas, each carrying its band of rejoicing converts, and the fire of God was borne to the ends of the earth." 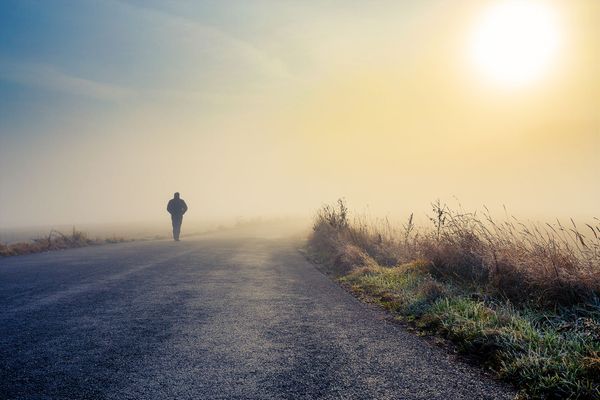 When you receive this, the President’s State of the Union address should have been delivered the night before. I say, “should have,” because at the time I am writing this, Nancy Pelosi,